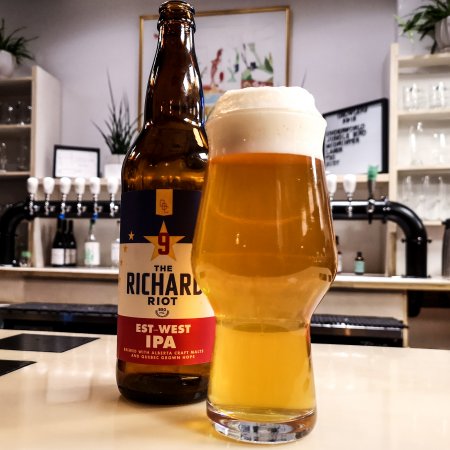 CALGARY, AB – The Dandy Brewing Company has announced the release of a new collaboration with Montreal’s Dieu Du Ciel.

The Richard Riot is an “Est-West IPA” named after an infamous riot that took place in Montreal on March 17th, 1955 in response to the suspension of Canadiens star player Maurice “Rocket” Richard. It’s described as follows:

Using Quebec hops grown in the St-Lawrence Valley (A rarity out west) and top-quality craft malts from Red Shed Malting, the two breweries came together to brew what can only be described as an Est-West IPA. Rooted in the classic west-coast IPA tradition with a touch of east cost aroma. The Red Shed malt provides a pleasing malt foundation for a firm bitterness and bright hop character with notes of citrus and hints of pine.

The Richard Riot is available now in 650 ml bottles at Dandy and beer retailers in Alberta, and on tap at Dandy and select bars in Calgary.