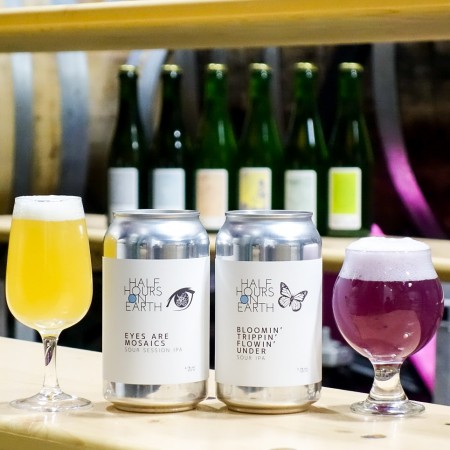 SEAFORTH, ON – Half Hours on Earth has announced the release of three new beers, including the first two in a new series of sour IPAs, and a limited edition oak aged ale. 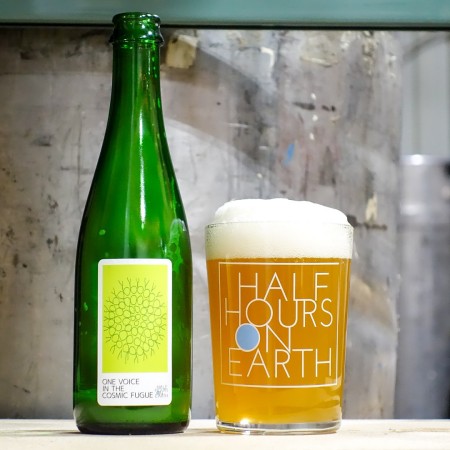 One Voice in the Cosmic Fugue (6.0% abv) is described as follows:

A mixed fermentation pale ale aged in oak barrels, brewed to be a well balanced, complex, funky, spring/summer quencher. The base is that of a standard pale ale, light maltiness with an addition of oats for a body that’s both silky soft, and at the same time, has a refreshing dryness. East Kent Golding hops were added to the boil and whirlpool, and then finished with a burst of Citra dry-hopping, giving the beer earthy & honey notes with a bright citrus, tangerine finale. Plenty of oak can be found throughout with subtleties of tartness and funk. An all-around great beer to drink.