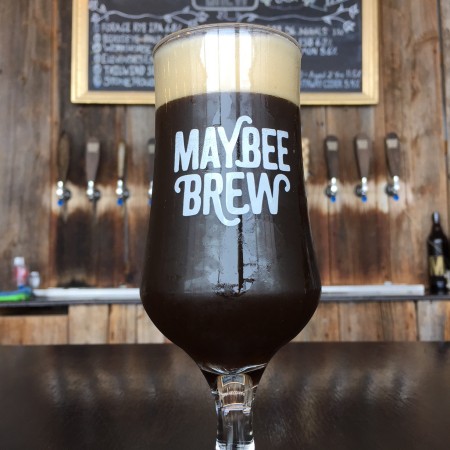 FREDERICTON, NB – Maybee Brew Co. has announced that it is releasing a new seasonal beer – and its first lager – just in time for the 2019 edition of Star Wars Day.

May The Schwarz Be With You! (4.9% abv, 28 IBU) is a German inspired black lager described as follows:

Brewed entirely according to the Reinheitsgebot (the Bavarian Purity Law of 1516), this black lager was only made with malt, hops, yeast and water, along with natural carbonation. This beer was designed with German malt (and a sprinkling of English malt to boot), German hops, and fermented using Fermentis S-23 Saflager yeast, isolated by VLB-Berlin.

The new beer will be released at Maybee on Saturday May 4th with a launch event starting at 12:00 noon. The afternoon will feature the opening of the brewery patio for the season, food by Gastrognomes, and a discount on the first beer for anyone who shows up in a Star Wars costume.

May The Schwarz Be With You! will be available in cans and on draught while supplies last.