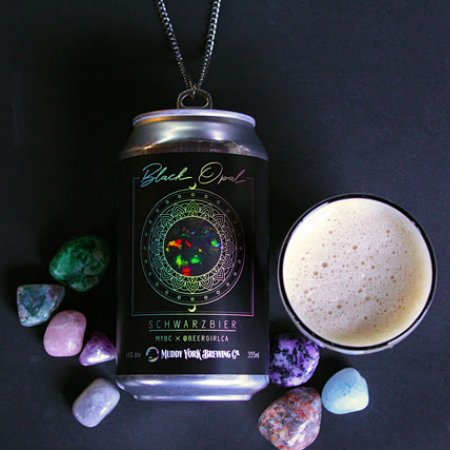 TORONTO, ON – Muddy York Brewing has announced the release of a new collaboration with Advanced Cicerone and BJCP Judge Lauren Richard.

Developed in East Germany, Schwarzbiers are low-alcohol, moderately dry, dark lagers. Black Opal is crisp and refreshing and showcases a very delicate roast character. It is deceptively light and will defy your visual expectations. Like the most precious and rare of all opals, Black Opal is anything but common.

Black Opal will be released in 355 ml cans and on tap at Muddy York on Saturday May 4th. Cans will also be available via the Muddy York online store., and at Hotmess Tex Mex (615 College St. W., Toronto) where Lauren works as bar manager.

[NOTE: A previous version of this post stated that Black Opal would make its debut at Hotmess Tex Mex on Friday May 3rd, but we have been informed that the bar will be closed to the public for a private event that night. CBN apologizes for the error.]