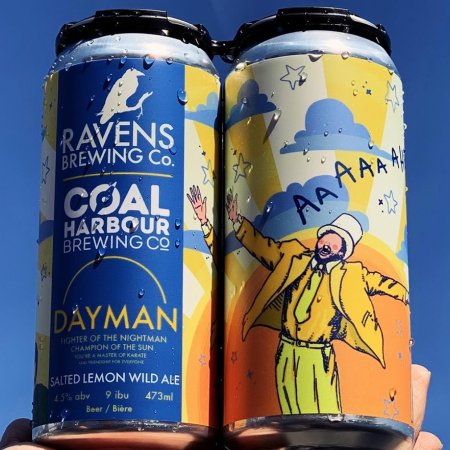 ABBOTSFORD, BC – Ravens Brewing has announced the release of a new collaboration with Coal Harbour Brewing.

Dayman Salted Lemon Wild Ale (4.5% abv, 9 IBU) is named after a fan-favourite scene from It’s Always Sunny in Philadelphia, and is described as follows:

Head brewers Dan and Tom came together with the intention of making a beer that would usher us into spring. Dayman celebrates the return of sunny days with a refreshing and bright lemony, citrus flavour, and a light funkiness brought out from the use of Sacc Trois yeast.

Dayman will be available in 473 ml cans at Ravens this weekend, and at local bars and private beer retailers starting next week.