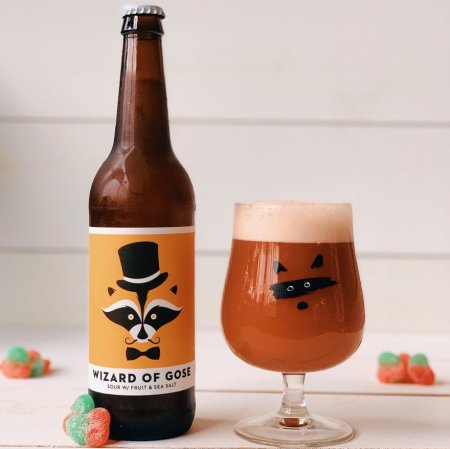 Wizard of Gose: Sour Cherry (4.2% abv) is described as follows:

The base recipe has gone pretty much unchanged this time around, other than some small adjustments in order to balance out the sweetness and sourness from the cherry addition. Just like any past versions, it is also brewed using our house strain of lactic bacteria, which gives the beer its smooth tartness. Adding loads and loads of sour cherries provides the beer with a subtle nuttiness, floral aromas, and a hint of cinnamon-like spice. What can we say, it’s a dreamy beer!

Wizard of Gose: Sour Cherry will be released today (May 3rd) at 5:00 PM in Bandit taproom and bottle shop.