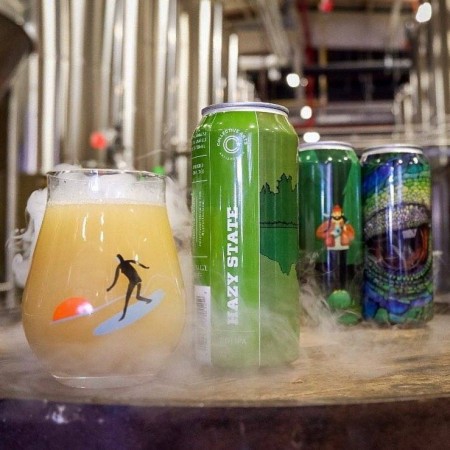 HAMILTON, ON – Collective Arts Brewing has announced that one of its core brands is “evolving” after four years on the market.

State of Mind session IPA has been retired, and is being replaced with Hazy State (4.1% abv), a “hazier, juicier but still sessionable IPA” that is further described as follows:

This hugely flavourful, yet extremely sessionable Double Dry-Hopped IPA is made with 16 grams per litre of Amarillo, Citra, Mosaic and Centennial hops. Citrus and Tropical fruit notes dominate, but is also balanced with a smooth body that makes this one super easy drinking IPA.

Hazy State is available now at Collective Arts, and is rolling out soon to LCBO and grocery store locations in Ontario, followed by other regions of North America where Collective Arts beers are distributed.