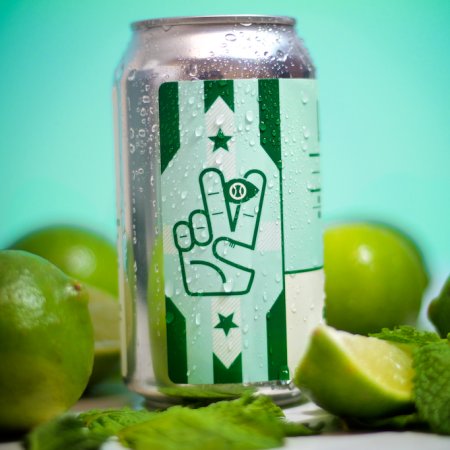 TORONTO, ON – Left Field Brewery has announced the release of a new limited beer created in collaboration with Escarpment Labs.

Inspired by the Cuban cocktail, this brew is a nod to the two finger, ‘Lo Viste’ salute which translates as ‘See That’ in Spanish. Popularized by many Latin American players, the Lo Viste ‘V’ was used to acknowledge a winning play on the field. Lo Viste Mojito Sour is a tart, quenching ale packed with lime juice, lime zest and a crisp hint of spearmint. Celebrate Victory with this satisfying spring sipper.

Lo Viste is available now on tap and in 355 ml cans in the Left Field taproom, with cans also available via the brewery’s online store while supplies last.