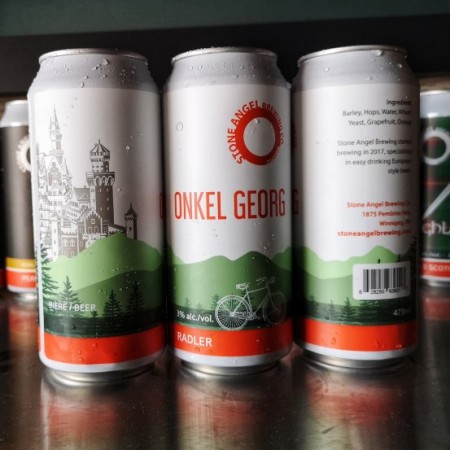 WINNIPEG, MB – Stone Angel Brewing has announced the return of a popular spring and summer seasonal.

Onkel Georg Radler (3% abv) is described as a “clean and refreshing sunny blond ale, based on a specifically brewed Pilsner, with a sweet and pleasantly tart blend of citrus juices, including orange and grapefruit.”

The beer is named in honour of Georg Hoenisch, uncle of brewery management team member Christine Hoenisch, who sadly passed away last year, but not before he was able to see his name on the cans of the original release of the beer.

Onkel Georg Radler is available now in 473 ml cans at Stone Angel and select beer retailers in and around Winnipeg. It will also be available on draught starting tomorrow (May 4th) in the Stone Angel taproom.