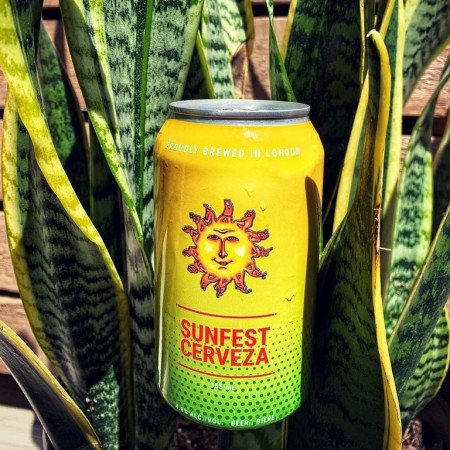 LONDON, ON – Anderson Craft Ales has announced the release of a new beer that was brewed especially for Sunfest, a free jazz and world music festival that happens in London’s Victoria Park in each summer.

Sunfest Cerveza (4.8% abv) is described as a clean and easy-drinking take on a Mexican-style lager.

Sunfest Cerveza is currently available in 355 ml cans at Anderson and several restaurants in London, and will be served in licensed areas at Sunfest, taking place this year on July 4th to 7th.