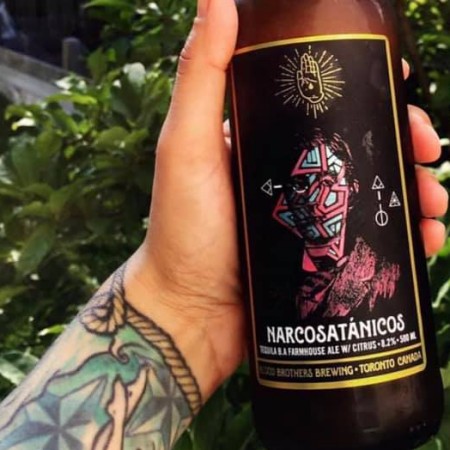 TORONTO, ON – Blood Brothers Brewing has announced a new limited edition beer that was released yesterday (May 5th) in honour of Cinco de Mayo.

Narcosatanicos (8.2%) is a “farmhouse ale [that] was aged for one year in tequila barrels then refermented with brettanomyces and citrus fruit, creating earthy flavours of herbs and spices.”

Narcosatanicos is available now at Blood Brothers in a 500 ml wax-dipped bottles.