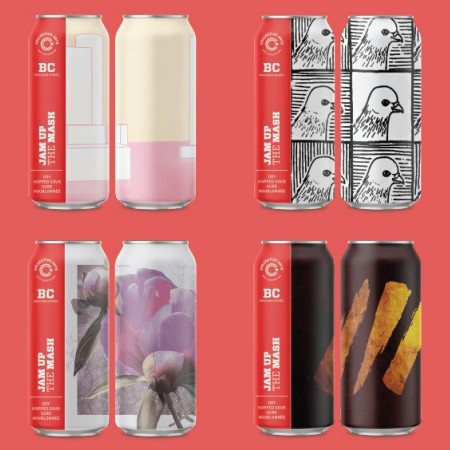 VANCOUVER, BC – Collective Arts Brewing has announced the launch of a new series of cans that put the spotlight on musicians from British Columbia.

The BC Musician Series is a set of four cans for Jam Up the Mash Dry Hopped Sour that feature album artwork and links to music by Douse, The Jins, Alexandria Maillot, and The Faceplants.

The new cans will be distributed to stores in British Columbia starting this week, and a release party will be taking place on Thursday May 16th at The Railway Stage & Beer Café in Vancouver, with all four artists performing live throughout the evening.

For more details and to purchase tickets to the launch party, see the Showpass event listing.