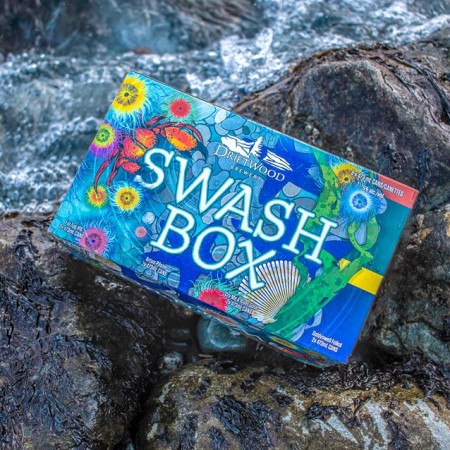 VICTORIA, BC – Driftwood Brewery has announced the release of a new sampler pack for spring and summer.

The Swash Box – named after the word that describes the rush of sea water up the beach after the breaking of a wave – features eight 473 ml cans, including two cans each of Fat Tug IPA (7% abv), Arcus Pilsner (5% abv), Goldynwell Folköl (3% abv), and Cry Me a River Gose (5% abv).

The Swash Box is available now at Driftwood, and soon at select private liquor stores in the Victoria and Vancouver areas.