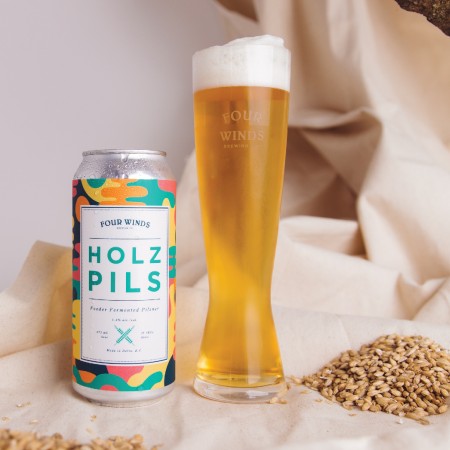 DELTA, BC – Four Winds Brewing has announced the release of a new limited edition seasonal brand.

Holz Pils is a nod to Bavarian and Bohemian brewing methods of the past. This open foeder fermented Pilsner was lagered for 60 days in wood barrels, yielding soft esters and a crisp, yet delicate finish. After brewing, it didn’t touch steel until it was ready to be packaged. This emphasizes the subtle American oak notes and accentuates the fruity esters dervided from open fermentation.

Holz Pils is available now in 4-packs of 473 ml cans at Four Winds, and will be on the shelves at select private liquor stores soon.