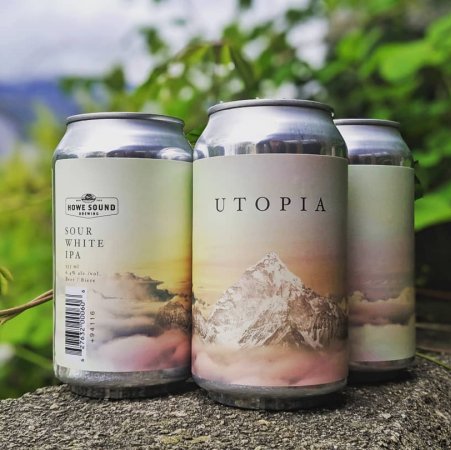 SQUAMISH, BC – Howe Sound Brewing has announced the release of the latest beer in its Utopia Sour Series.

Sour White IPA is a tropical island in a glass. It greets you with a bright aroma of orange, lemon, lime, pineapple, passionfruit, peach, and guava. It displays a subtle spiciness from additions of coriander, and a full, pillowy mouthfeel from the wheat. The tartness compliments the juicy hops, and cuts through the palate, leaving you wanting another.