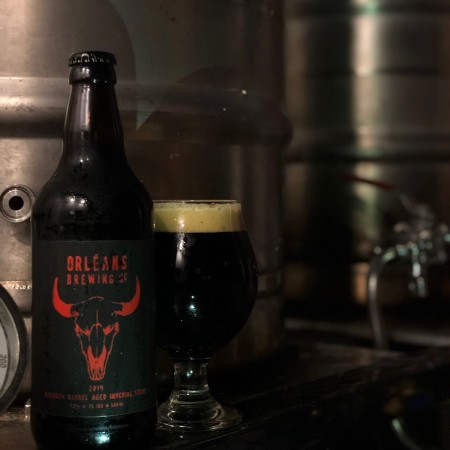 OTTAWA, ON – Orléans Brewing has announced the release of a limited edition variant of its Black Hop Down Imperial Stout.

This Black Hop Down was barrel aged in Wild Turkey Bourbon Whisky barrels. TWICE. The first time, it was aged for 3 months in the barrels to capture the warming and sweet notes of the Wild Turkey Bourbon Whisky. The second time, for nine months, was to take on the characteristics of American oak and notes of sweet vanilla, pear, and hints of spice. In total, it took this Russian Imperial Stout a full 13 months to perfect and give you an opening salvo of rich dark chocolate, bourbon, toffee, spices and a warming finish that is full, rich and worthy of sipping.

This vintage version of BHD is available now in a limited run of 500 x 500 ml bottles exclusively at the Orléans Brewing taproom and retail store.