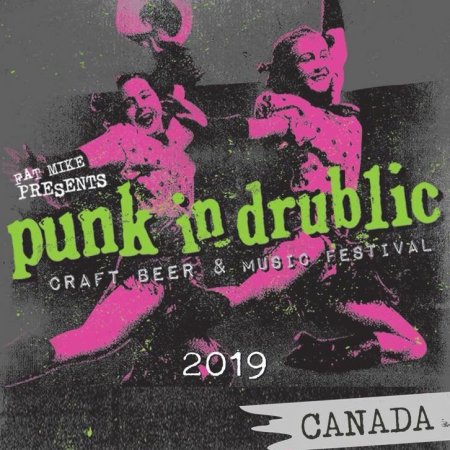 EDMONTON, AB & VANCOUVER, BC – A touring beer and music festival founded by Fat Mike of punk band NOFX will be coming to Canada for the first time this summer.

The Punk in Drublic Craft Beer & Music Festival will be taking place on Saturday July 6th at the Edmonton Expo Centre Grounds, and Saturday July 13th at the PNE Amphitheatre in Vancouver.

NOFX, Bad Religion, Chixdiggit, and The Last Gang will be performing in both cities, with Less Than Jake joining the line-up in Edmonton, and The Real McKenzies and Anti-Flag on the bill in Vancouver.

Both events will also feature a large beer festival area, with more than 20 Alberta craft breweries lined up for the Edmonton date, and at least 40 B.C. breweries on tap for Vancouver.

This announcement comes almost a year after NOFX was forced to leave the 2018 edition of the tour through the United States due to a controversial joke about the Route 91 Harvest Festival massacre that Fat Mike made at the Las Vegas date.

Fat Mike later wrote on Instagram that “NOFX has effectively been banned in our own country,” and followed up with a post stating his intention to bring the tour to eight Canadian cities – “Vancouver, Calgary, Edmonton, London, Toronto, Montreal, Quebec City, and Halifax” – in 2019. It’s unclear at this point if dates will be announced for the other cities, although NOFX is already slated to play at the Festival des Bières du Monde de Saguenay in Chicoutimi on July 20th.

For more details including participating breweries and ticket links for the Edmonton and Vancouver events, see the Punk in Drublic Festival website.