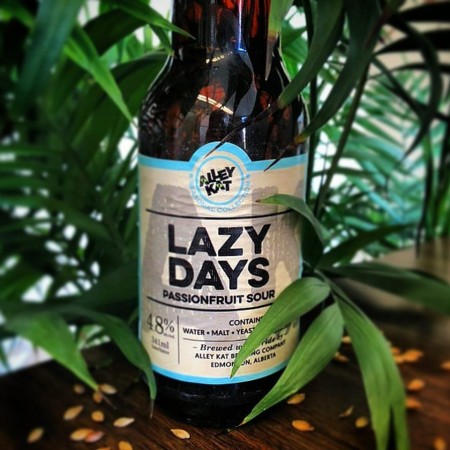 Patio season won’t know what hit it: we crafted our Lazy Days Passionfruit Sour just in time for the hot summer months, featuring light mouthwatering acidity with full exotic passionfruit flavour to quench your thirst on those long, lazy days. It’s golden orange colour will have you thinking about those late summer sunsets, so brim that cooler and pull out your favourite lawn chair: we got just the brew for you and your backyard crew!

Lazy Days was originally scheduled for release tomorrow (May 9th), but has been delayed slightly. Once confirmed, the new release date will be announced on the Alley Kat Facebook page.