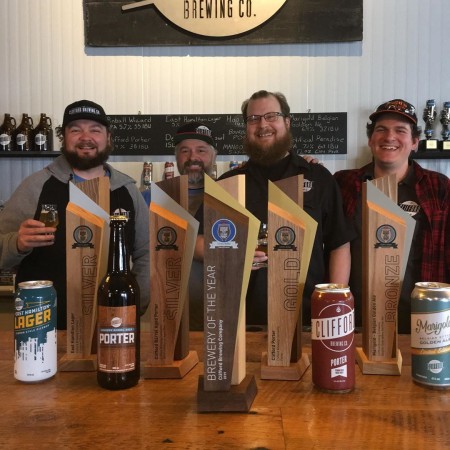 HAMILTON, ON – Fresh from winning the Brewery of the Year honour at the 2019 Canadian Brewing Awards this past weekend, Clifford Brewing has announced details of an event to mark the 1st anniversary of its bricks-and-mortar location in Hamilton.

While the brewery soft opened in January 2018, the official grand opening took place last May, and that’s the milestone that is being celebrated with a party on Saturday May 11th.

Running from 12:00 noon to 8:00 PM in the brewery taproom, the festivities will include live music, a pig roast, new beer releases, a $5 special on 12 ounce beer pours, and more.