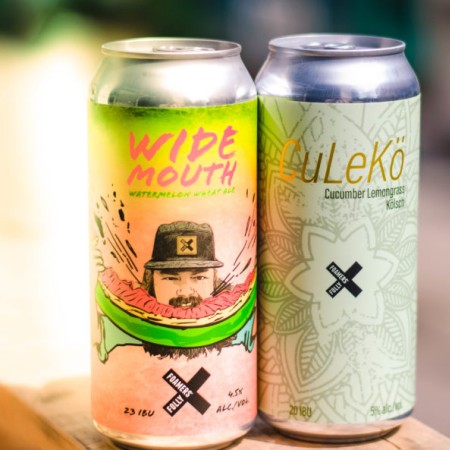 PITT MEADOWS, BC – Foamers’ Folly Brewing has announced details of two beers that will be the first the brewery has released in 473 ml tall cans.

CuLeKö Cucumber Lemongrass Kölsch (5% abv, 20 IBU) is a returning summer seasonal with a “medium earthy hop bitterness that is paired with crisp cucumber and refreshing lemongrass.”

Wide Mouth Watermelon Wheat Ale (4.5% abv, 23 IBU) is a previously draught-only beer described as being “crisp and refreshing with fruity aromas and flavours complimented by the addition of real watermelon.”

Both beers will be officially released tomorrow (May 9th) at the brewery, with a launch party starting at 5:00 PM featuring food by Lupita Mexican Foods. For more details, see the full announcement.