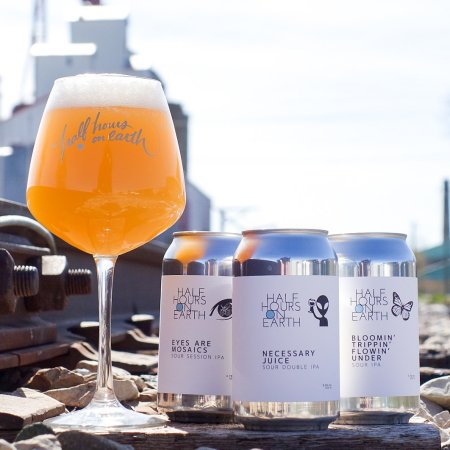 SEAFORTH, ON – Half Hours on Earth has announced the release of the latest in its recently launched series of sour IPAs.

Brewed with wheat & milk sugar for a thick and lush body, this IPA was soured with Lactobacillus and fermented with a tropical IPA strain. High fruiting rates of apricots & peaches were added for intense in-your-face fruit levels. So we thought we’d balance it out with just as intense vanilla & hopping rates. Think fuzzy peach slices in your glass, but in liquid form, and oh so drinkable.

Necessary Juice is available now in the Half Hours on Earth brewery store and online shop while supplies last.