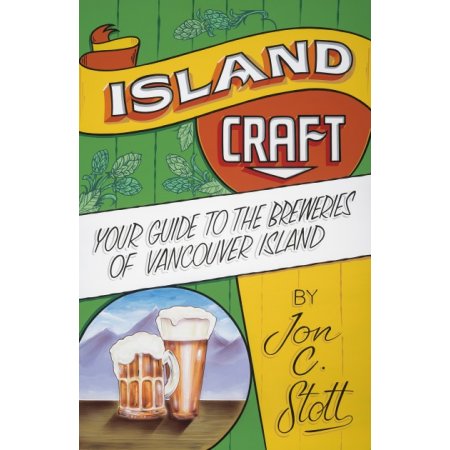 VICTORIA, BC – TouchWood Editions has announced the release of a new beer and brewery guide from author Jon C. Stott.

Island Craft: Your Guide to the Breweries of Vancouver Island is described as follows:

In 1961, Vancouver Island had just one brewery. In 2018, Stott visited thirty-three breweries on the island—and six more breweries were slated to open within the year. For each brewery or brewpub, Stott shares well-researched backstories, examines the relationships between breweries and the communities in which they operate, profiles owners and brewers, and shares tasting notes for many of the beers each place offers. Beginning at Spinnakers, Canada’s oldest and longest operating brewpub, the book culminates at Beach Fire Brewing and Nosh House in Campbell River, and includes a directory of Vancouver Island’s Breweries and brewpubs, a glossary of brewing terms, and a guide to different styles of beer.

Island Craft is a 288-page trade paperback with a list price of $25.00. It can be purchased now from Amazon, Indigo, McNally Robinson, and other book retailers.