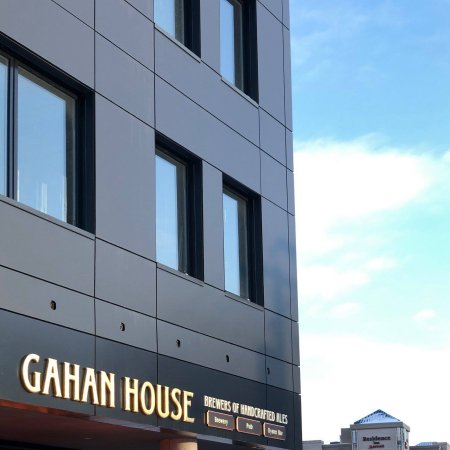 MONCTON, NB – Nearly three years after it was first announced, the newest location of the Gahan House brewpub chain is now open in Moncton.

Gahan House Hub City is situated on the ground floor of FiveFive Queen, a condominium and hotel complex that faced a number of delays, leading to a later than expected launch for the restaurant and brewery.

Open since May 5th, the new establishment includes a 200-seat restaurant and 120-seat patio, and offers a similar selection of beer and pub-style food as the other Gahan House locations.

Gahan House Hub City is located at 55 Queen Street in Moncton, and is open from 11:00 AM to 11:00 PM daily. For more details, see the brewpub’s website.