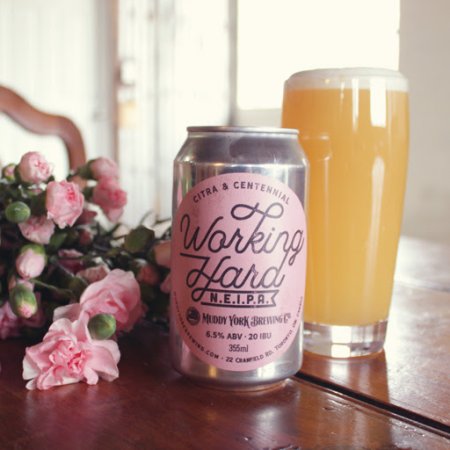 TORONTO, ON – Muddy York Brewing has announced the release of the latest version of its dual-hopped hazy IPA.

Citra & Centennial Working Hard NEIPA (6.5% abv, 20 IBU) is described as being “hazy as a Los Angeles sunrise, [with] notes of grapefruit, pineapple, and strawberry”.

The new edition of Working Hard is available now on tap and in 355 ml cans at Muddy York.