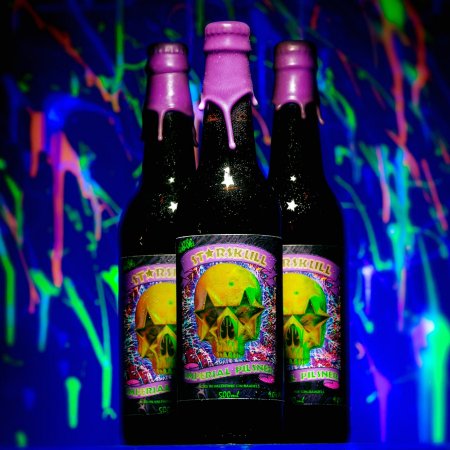 CHATHAM, ON – Sons of Kent Brewing has announced the release of a new beer created in collaboration with modern pop artist Ron English.

Starskull Imperial Pilsner (9% abv) is a strong lager that has been aged in gin barrels from Detroit’s Valentine Distilling.

A limited number of bottles will also go on sale at Sons of Kent on Sunday, and will be available there exclusively while supplies last.