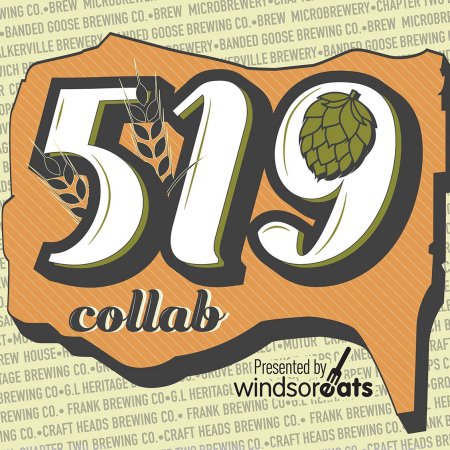 WINDSOR, ON – Windsor Eats and a group of breweries in Ontario’s Windsor-Essex region have announced the release of a unique collaboration in honour of 519 Day, a celebration of Windsor’s local business and culture named after the city’s area code that takes place each year on May 19th.

In an interview with the Windsor Star, Frank Brewing head brewer Brad Wright describes the resulting beer as follows:

The hops give it earthiness and there’s a bit of a citrusy punch on the mouth at first, he said. Wright expects the citrus flavour will have mellowed as the beer sat in kegs for a few weeks. He said everyone’s taste buds are different so craft beer enthusiasts will pick up varying flavours.

519 Collab will be going on tap at all participating breweries starting on Monday May 13th, and each brewery will be donating proceeds to a different local charity. For more details, see the Facebook event listing.

The breweries have also discussed coming together again in the winter to produce a blended stout for release on February 26th as a nod to 226, Windsor’s newest area code.