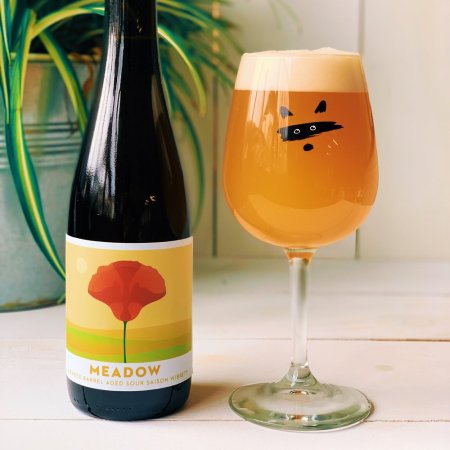 TORONTO, ON – Bandit Brewery has announced the release of a new limited edition beer to mark its 3rd anniversary.

Meadow (6% abv) is a Blended Barrel-Aged Sour Saison with Brett, and is described as follows:

After completing our month-long renovations earlier in the year, our barreling capacity nearly doubled, so it made sense for us to showcase some of the special barrel-aged beers that we’ve been working on for the past few months. Allowing Brett to develop wildly in the barrels as we aged two different Saisons allowed us to create two fiercely complex new beers. These two beers were then blended in order to achieve a perfectly balanced Saison with fruit-forward flavours, a hint of Pedio that leans towards blue cheese, and a rounded sourness that leaves a pleasant lingering aftertaste.

Meadow is available now on tap and in bottles at Bandit, with bottles also available via Bandit’s online shop.