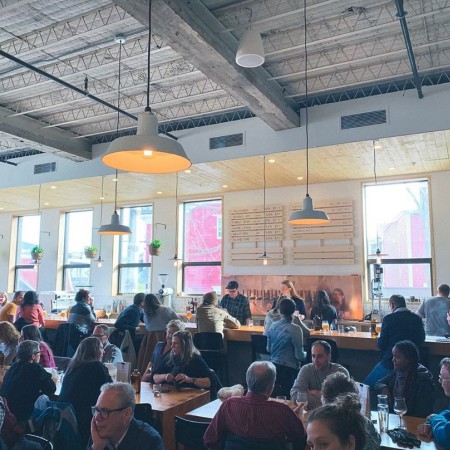 Bannerman Brewing has been in the works since 2017, when it was originally planned to be called The Fire Hall Brewpub, before the new name was revealed late last year. The brewery name and tent logo has the following back story:

During the Great Fire of 1892, some 11,000 people lost their homes. Displaced, but not defeated, residents banded together with nothing more than a few belongings to set up a tent city in Bannerman Park. They weathered the aftermath of the fire and re-built the city. It’s this story of collectivism and community that Bannerman Brewing Co. proudly celebrates.

Bannerman Brewing is located at 90 Duckworth Street in St. John’s, and is currently in soft opening mode with a limited food menu. More details including regular business hours are expected to be announced soon via the Facebook and Instagram.