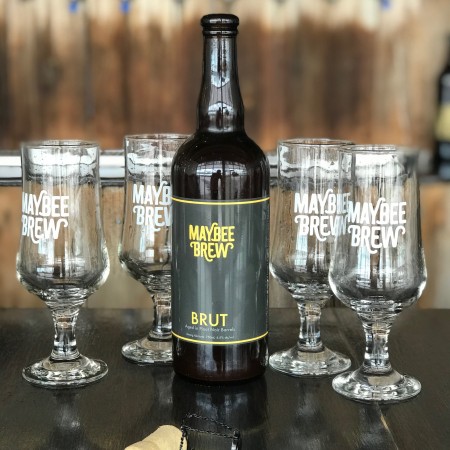 Brut: Aged in Pinot Noir Barrels is a beer that was created by aging Maybee Brew Co.’s Brut IPA in Californian Pinot Noir barrels for 4 months. To achieve this work of art, the final product was the blend of two barrels, and a small amount of the base Brut IPA for good measure. Following blending, this beer was re-fermented with fresh yeast for a month and a half.

Brut: Aged in Pinot Noir Barrels will be released this Wednesday May 15th exclusively at the Maybee taproom, where it will be available on tap and in 750 cork-and-cage bottles while supplies last.