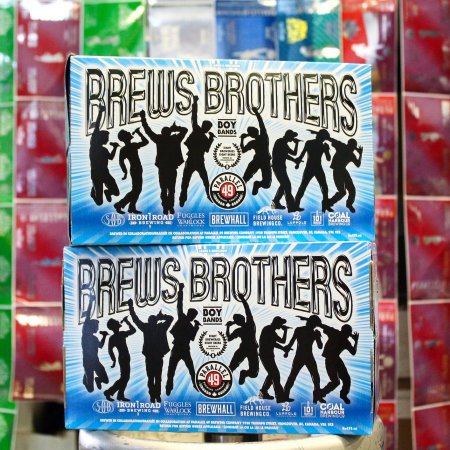 VANCOUVER, BC – Parallel 49 Brewing has announced the release of Brews Brothers Vol. 5, the latest edition of an annual musically-themed mixer pack of beers created in collaboration with other craft breweries.

Brews Brothers Vol. 5: Boy Bands is available now at the Parallel 49 retail store, and will be in stock soon at select liquor stores in British Columbia and Alberta.