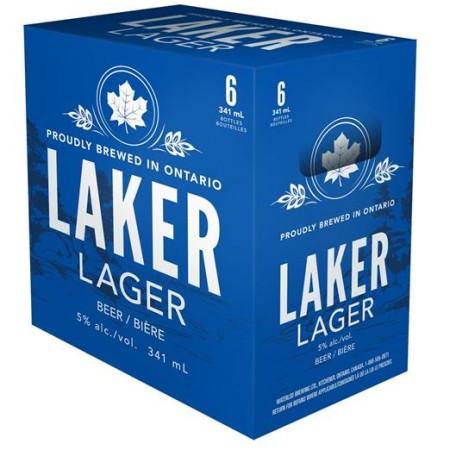 KITCHENER, ON – One of the originators of “Buck a Beer” pricing in Ontario – and still the owner of the registered trademark on the phrase – has announced that one of its brands will be returning to that price point for a limited time.

Laker Lager (5% abv) from Brick Brewing – now best known under its Waterloo Brewing trade name – will be available for $6 plus deposit per 6-pack of 341 ml bottles at LCBO stores and the Waterloo Brewing retail shop for the upcoming Victoria Day long weekend.

Several other breweries in Ontario have sold beer at this budget-conscious level since the Conservative government lowered the minimum retail price last summer, but this will be the first time Brick/Waterloo has participated since 2008, when the Liberal government of the time raised the floor price to $6.40 plus deposit per 6 pack, the first of several increases over the following decade.