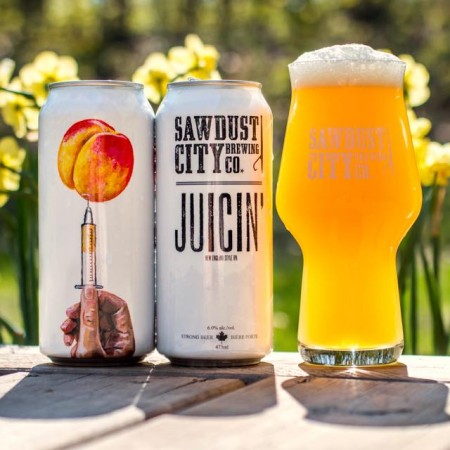 GRAVENHURST, ON – Sawdust City Brewing has announced one of its most popular seasonal brands is returning this week as the 20th of its 52 weekly beer releases for 2019.

Juicin‘ is a hazy New England IPA that embraces the softer side of hops. It’s a brew that showcases the juiciest hop characteristics while downplaying bitterness. Oats soften and smooth the mouthfeel, and Vermont ale yeast further emphasizes the fruity flavour, creating a beer that is brilliant but hazy, and as succulent as fresh peaches!

Juicin’ will be released on Thursday May 16th in 473 ml cans and on tap at Sawdust City’s taproom and retail store, and it will continue to be brewed and available throughout the summer.