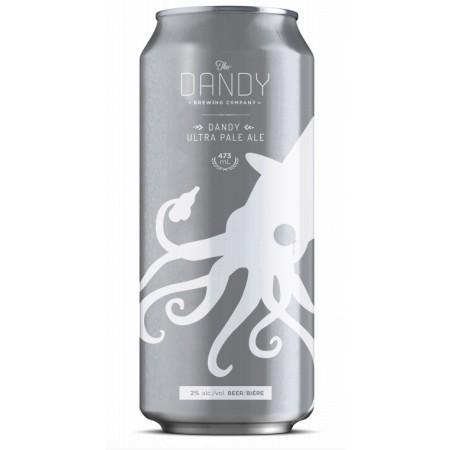 CALGARY, AB – The Dandy Brewing Company has announced the release of a new low-alcohol ale.

Tipping the scale on the low end by numbers, the beer has a surprising body, deep straw colour, and classic bitterness, balanced with a bright Mosaic hop aroma from a combination of hop bursting and dry hopping. Using a cold mash, our brew team was able to produce a 2.5% alc./vol. beer that’s anything but flimsy on the palate. It’s a turbo charged extra-light ale that’s a game changer for lawnmower beer, and will no doubt become a favourite for easy drinking enthusiasts and pale ale fans alike.

Ultra Pale Ale is available now in cans and on draught at Dandy Brewing, with distribution throughout Alberta to follow soon, and in British Columbia next month.