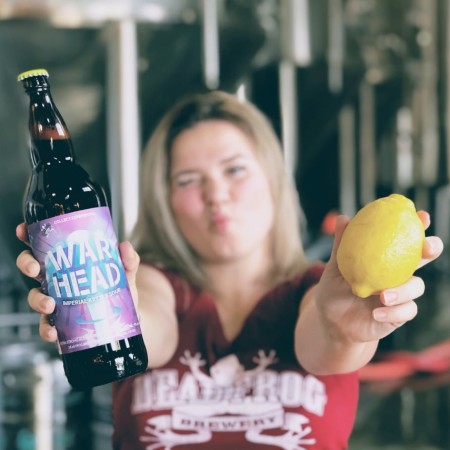 LANGLEY, BC – Dead Frog Brewery has announced the return of a limited edition beer that had an initial run last autumn.

An offensively sour brew with fruity flavours of lemon and blackberry hiding somewhere behind an impenetrable wall of pure sour joy. Seriously, this beer is ridiculously sour, and we challenge you to finish a pint without shedding a tear. Whether it’s a tear of joy, or in mourning of your taste buds – we salute you.

The new batch of Warhead will be officially launched tomorrow (May 18th) at the brewery, where it will be pouring alongside five other sour beers, and will be paired with Warhead Wings, chicken wings that are “as hot as our Warhead brew is sour, with hot sauce PACKED with the Carolina Reaper pepper.”