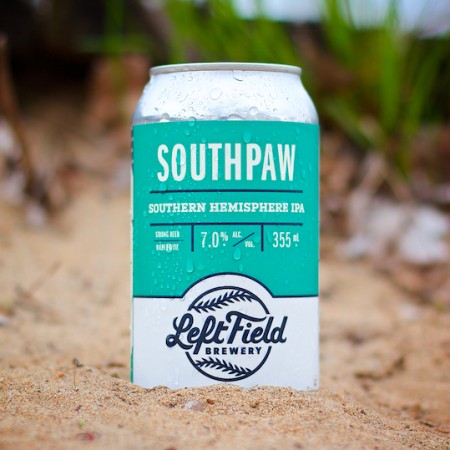 TORONTO, ON – Left Field Brewery has announced the release of its latest limited edition beer.

Southpaw is a term famously attributed to left-handed players in the game, and serves as inspiration for our newest IPA release. Southpaw is brewed with Galaxy and New Zealand Kiwi Blend hops for a swirling splash tropical of papaya, grapefruit and mango balanced by a firm hop bitterness.

Southpaw is available now on tap and in 355 ml cans in the Left Field taproom, with cans also available via the brewery’s online store while supplies last.