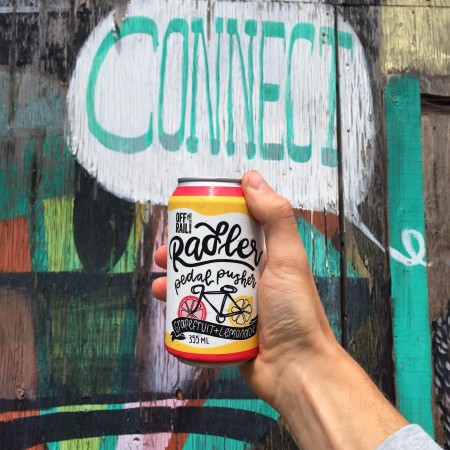 VANCOUVER, BC – Off The Rail Brewing has announced the release of two new summer seasonals.

Pedal Pusher Radler (3.1% abv) is described as “rad tasting and delightful concoction that’s mixed with lemonade and blended with grapefruit juice,” resulting in a beverage that is “refreshing, crisp and dangerously thirst quenching.”

Cow Tipper Milkshake IPA (5.3% abv) was brewed with “a combination of Mosaic, Citra and Strata hops mixed with lactose sugar that give this IPA that big fruit forward flavor.”

Both beers are available now at Off The Rail – Pedal Pusher in 355 ml cans, Cow Tipper in 650 ml bottles – while supplies last.