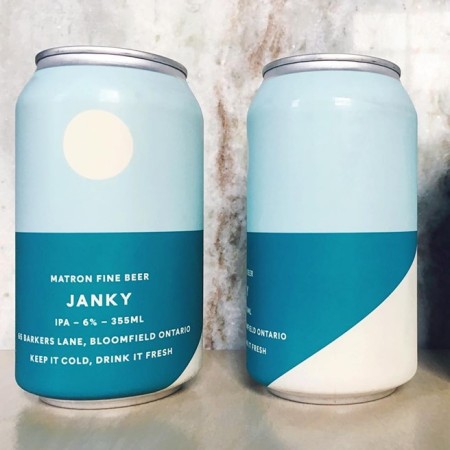 BLOOMFIELD, ON – Matron Fine Beer, a brewery aiming to open later this year in Ontario’s Prince Edward County, has announced that a contract brewed version of one of its core brands is now available in cans.

Currently bring produced at Brunswick Bierworks in Toronto while work is being completed on Matron’s facility in Bloomfield, Janky is available now in 355 ml cans at licensees in Prince Edward County and Eastern Ontario. It can also be found on draught at select locations.