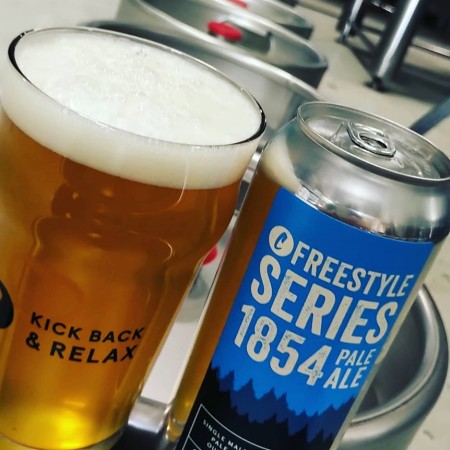 COLLINGWOOD, ON – The Collingwood Brewery celebrated its 5th anniversary this past week, and released a new limited edition beer to mark the occasion.

1854 Pale Ale is a shout out to our Downhill Pale Ale, the beer that started it all for us. This is SMaSH (single malt and single hop) style beer is brewed with 100% Canadian 2-Row Malt Barley and locally sourced Crystal hops from Nottawa.

1854 Pale Ale is available now in cans and on tap at the brewery while supplies last.