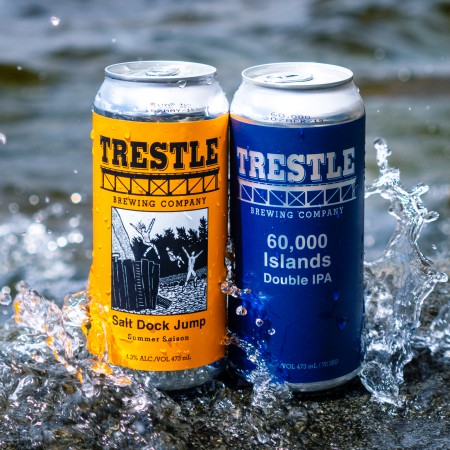 PARRY SOUND, ON – Trestle Brewing has announced the release of a returning seasonal and a new limited edition beer.

Back for another summer is Salt Dock Jump Summer Saison (4.3% abv), a traditional Belgian-style saison which has been enhanced with orange zest for this year’s release.

60,000 Islands Double IPA (8% abv) is a brand new beer made using a “boatload (3lbs per barrel!) of Citra, Centennial, Chinook, Denali and Amarillo bring their juicy flavours and aromatics without a harsh bitterness.”

Both beers are available now in 473 cans at the Trestle retail store.