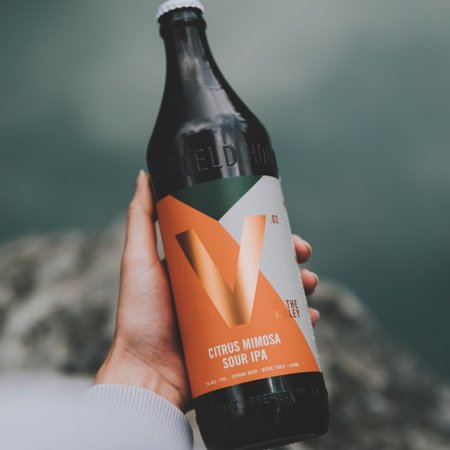 Citrus Mimosa Sour IPA (7.3% abv, 30 IBU) is the second collaboration from the group following last autumn’s The Valley Fresh Hop Ale, and is described as follows:

This tart IPA is loaded with Citra and Amarillo hops giving us tropical fruit and citrus notes, which are further amplified by a dose of fresh grapefruit and orange zest. Fermented dry to replicate champagne, this beer is the perfect balance of fruit, hops and acidity.