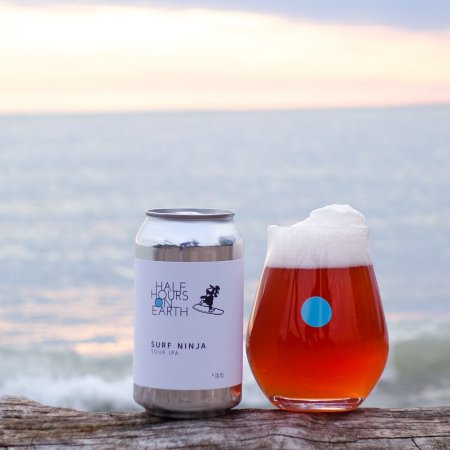 Bursting with mangoes, blackberries and intertwining with coconut & vanilla, this is sure to be a summertime treat. Each addition, along with the juicy Eureka & Simcoe hopping, combine into a tropical refreshment, reminiscent of melting freezies on the beach!

Surf Ninja is available now in the Half Hours on Earth brewery store and online shop while supplies last.