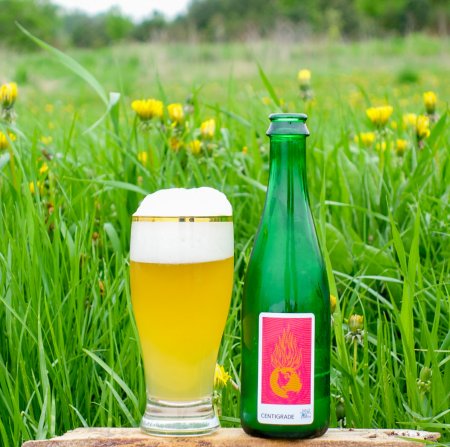 SEAFORTH, ON – Half Hours on Earth has announced the release of a new limited edition beer to raise funds and awareness for initiatives to fight climate change.

Centigrade (5.5% abv) is described as follows:

Aptly named Centigrade for our rising temperatures, this beer will hopefully cool you down momentarily at the very least. Fermented hot with a blend of kveik ale strains from Escarpment Labs (Årset & Hornindal) and aged in oak with additional microbes & bacteria. This dry little beer is an Oak Aged Raw Sour Ale brewed with Buckwheat, Black Currant Leaves, Dandelion Root & Lemon Zest. Large quantities of buckwheat, and without boiling, lend a medium bodied, silky mouthfeel. While the root, leaves & zest combine for what could be described as a rustic, woodsy, earthy, funky lemonade. Hopped with Lemondrop, Saaz, Sterling & Styrian Golding for a nice new world/old world lemony, grassy finish.

Centigrade is available now in the Half Hours on Earth brewery store and online shop. $1 from each bottle sold will be donated to the David Suzuki Foundation to support “their efforts in climate awareness as well as their projects for a more sustainable and lower carbon future.”