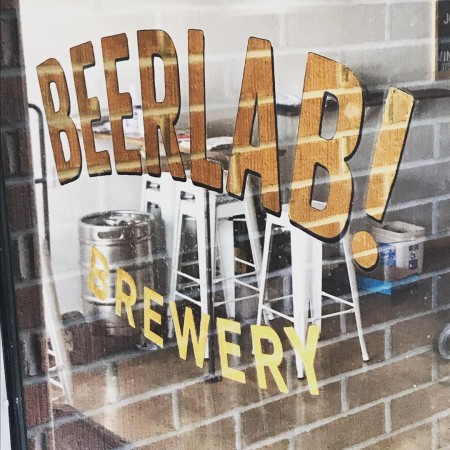 LONDON, ON – A new brewery from two familiar faces on the London, Ontario beer scene will be opening later this week.

Beerlab! Brewery has been founded by Nick Baird and Adil Ahmad, long-time friends who have been homebrewing together for many years, and who have worked at a number of bars in London, most notably Milos’ Craft Beer Emporium where experimental beers they brewed at Forked River Brewing would often be found on tap under the Beerlab! name.

For its own bricks-and-mortar facility, Beerlab! is fittingly located next door to Milos’, and features a 25-seat taproom with plans for a 14-seat patio to open this summer.

Beers will be available by the glass and in crowlers to go, and the bar will also offer wine, soda, coffee, and a few light snack items prepared in the kitchen at Milos’.

Beerlab! Brewery is located at 420 Talbot St. in downtown London, and will be officially opening on Friday June 7th at 4:00 PM, although an earlier soft launch is possible. For more details, see the Beerlab! Instagram feed.