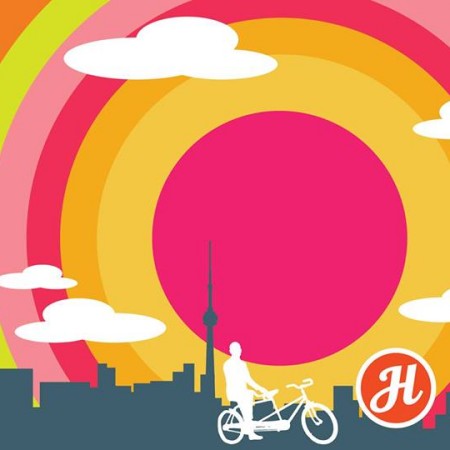 TORONTO, ON – Henderson Brewing has announced details of the next release in its Ides Series of monthly limited edition beers, which this month celebrates National Bike Month with a tribute to one of Toronto’s most famous cycling advocates.

Post & Ring NEIPA (6% ABV) is named after the iconic bike lock stands all over Toronto that the late Jack Layton had a hand in designing during his time on city council.

Brewed in collaboration with Jack son’s and current city councillor Mike Layton, Post & Ring is described as “a juicy, hazy, pillow-y IPA – perfectly refreshing after a long day of biking around the city.”

The new beer will be released on Friday June 14th at Henderson, with both Mike Layton and Jack’s wife Olivia Chow  on hand to toast the occasion. The launch party will start at 6:00 PM with samples of the beer as well as free food from local restaurant Love Chix.

The event will also serve as a fundraiser for Cycle Toronto, a “member-supported not-for-profit organization that works to make Toronto a healthy, safe and vibrant cycling city for all.” Cycle TO will have an information booth set up for the evening, and at 6:30 PM, Jack Layton’s bicycle which has been donated by Mike and Olivia will be auctioned off in support of the organization.

Following the launch, Post & Ring NEIPA will be available on tap and in 355 ml cans at Henderson while supplies last.