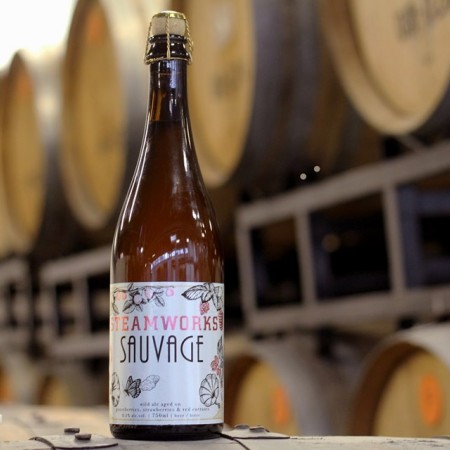 VANCOUVER, BC – Steamworks Brewing has announced the release of a new limited edition large format beer.

Sauvage is a Wild Ale that has been fermented with a mixed culture of wild yeasts and domesticated wine strains. It was then aged for several months on summer berries. The resulting beer is effervescent, lusciously fruity, and sublimely refreshing.

Sauvage is available now in 750 ml cork-and-cage bottles at the Steamworks Brewery & Taproom and Steamworks Liquor Store locations, and will be released next week at select private liquor stores throughout British Columbia.