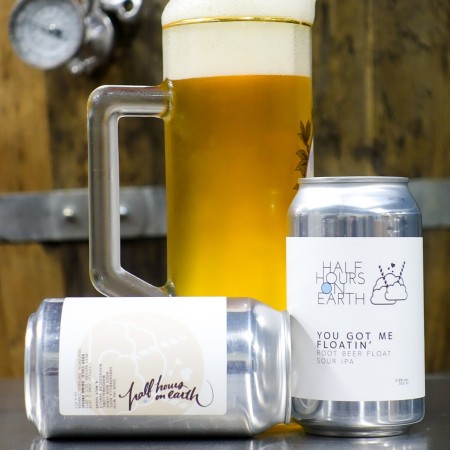 SEAFORTH, ON – Half Hours on Earth has announced the release of a new limited edition beer with a flavour inspired by a classic childhood treat.

This beer is every bit as ridiculous as it sounds but in the absolute most amazing way possible. The aroma is that of pouring a can of root beer over the richest of vanilla ice cream. Initial flavours of root beer fresh off the soda fountain, vanilla for days, toasted fluffy marshmallows, and then finishes with a blast of bright citrus from the heavy dose of hops. The marshmallow and milk sugar combine for a soft and creamy texture. There is sourness throughout, and drinks as dry as a pop!

You Got Me Floatin’ is available now in the Half Hours on Earth brewery store and online shop while supplies last.