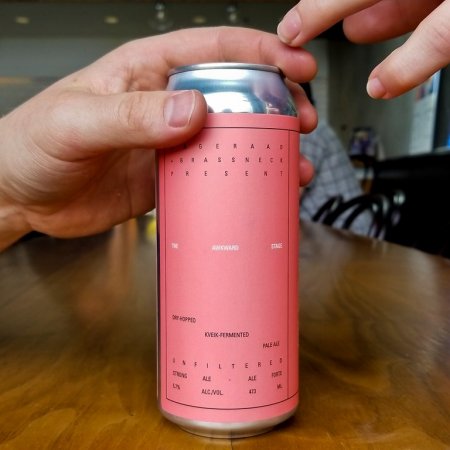 BURNABY, BC – Dageraad Brewing has announced the release of a new collaboration with Brassneck Brewery.

The Awkward Stage (5.7% abv) is described as follows:

We invited Brassneck over to cast furtive glances and fidget restlessly together. The result was a kviek-fermented pale ale, with Loral, Huell Melon, and Ariana hops. Enjoy this liquid distillation of secret longing, poorly timed jokes, and hands that never quite know where to rest.

The Awkward Stage is available now in 473 ml cans at Dageraad and select private liquor stores.