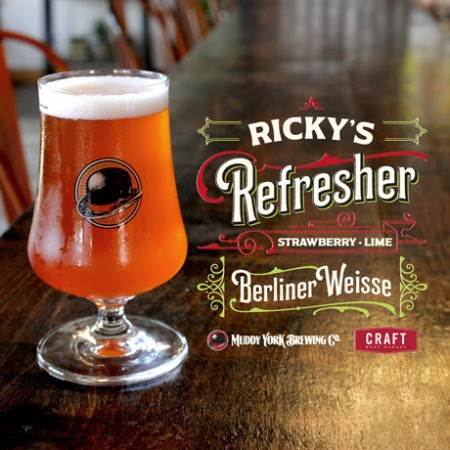 TORONTO, ON – Muddy York Brewing has announced the release of a new beer brewed especially for Craft Beer Market.

A Strawberry and Lime infused sour, this ale is highly recommended by Muddy York’s Dr. Brewer M.D. for pep and vigour. A positively refreshing cure for your beer boredom.

Ricky’s Refresher is on tap now at Craft Beer Market locations in Toronto and Ottawa, as well as at the Muddy York taproom. Cans are expected to be available in the brewery retail store in early July.