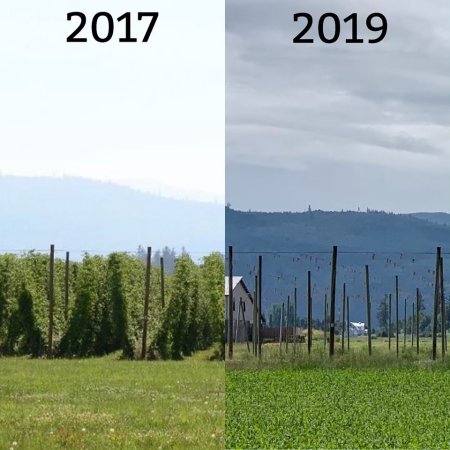 ABBOTSFORD, BC – BC Hop Company has announced that a popular annual beer festival held on its hop farm in Abbotsford will not be happening in 2019 due to issues for regulatory permits and other challenges in the province’s hop farming industry.

BC Hop Fest: A Fresh Beer Celebration was launched in 2015, and has taken place in late September or early October each year, serving as a kick-off event for BC Craft Beer Month and attracting sell out crowds of 1500 attendees.

According to a press release from the organizers, permits for the 2019 edition of the Fest have been refused by the Provincial Agricultural Land Commission (ALC) and the City of Abbotsford, with the ALC stating that “it considers the one-day festival too large for a farm or “agri-tourism” event.” In addition, the ALC says that the Fest doesn’t meet the criteria for farm events since it “does not specifically sell hops from the farm directly to festival attendees.”

In addition to these regulatory hurdles, BC Hop Company notes that all of British Columbia’s hop farmers are facing challenges due to a lack of support from government and craft brewers, problems that have contributed to a drop in the number of hop farms in the province from over 30 a year ago to approximately 20 today.

“We are asking industry and government to work with us to make growing hops in B.C. viable given the growth of the B.C. craft brewery sector,” said Dwayne Stewart, co-owner of BC Hop Company and co-founder of the BC Hop Festival. “BC Hop Company and hop farmers create sustainable local jobs, support our local economy and community and grow hops that help create some exceptional 100% local B.C. craft beers. We think B.C. beer lovers expect and deserve to enjoy local hops when they support their local brewery.”

For more details, see the full press release on the BC Hop Company website.