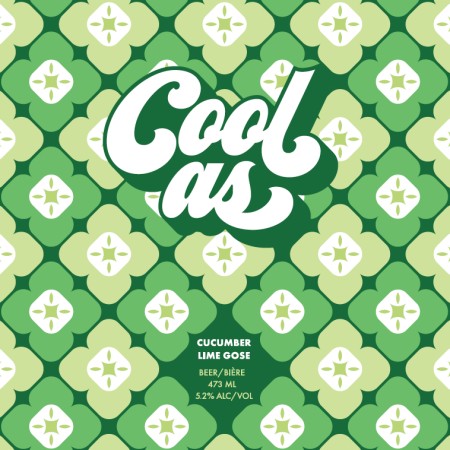 Cool As (5.2% abv) is a cucumber lime gose described as follows:

This beer is tart, dry and super refreshing with layers of complex lime flavours and aromas, balanced with a cool earthy undertone from the cucumber. Making this beer was fun! We hand-peeled 300 pounds of Alberta-grown cucumbers, and zested and juiced 200 limes. We also added torn kaffir lime leaves and smashed dried Mediterranean loomi limes to give it a certain something that most lime beers do not. Light additions of salt and coriander bring the flavours together with a long lasting bready wheat flavour.

Cool As is available now on tap and in cans at the Cabin Brewing taproom and retail store.